Rethinking Quantum Mechanics and Inverted Spacetime from a Computationalist Perspective

Tl;dr: If Maldacena and van Raamsdonk are correct, then spacetime might not be real, but weakly emergent. The computer that runs the universe does not index particles within a spacetime matrix, but only maintains a tensor network with quantized properties. The apparence of spacetime is the result of entanglement.

Nature just published a short commentary on a possible quantum theoretical foundation of space time. In short, it suggests that spacetime is not the reason why particles get entangled with each other (i.e. they got close enough to influence each other), but that it is the other way around: spacetime is the emergent result of the entanglement of particles. The case is not strong yet, but it would have huge implications for a grand unified theory, and possibly also for the relationship between the quantum world and computation.

Why Twitter was right to replace stars with hearts, and why you hate it

Last Tuesday, Twitter replaced its appreciation expressor button, pictured as a star, with a heart. Instead of "favs", twitter users will now send "likes" to each other when they want to express that they feel positively disposed towards a 140 character string or its author. Twitter did not change any functionality, but what may look like a tiny typographic change made my timeline extremely angry. 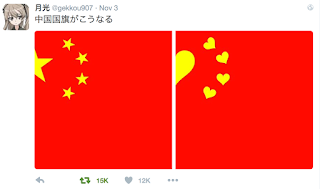 By now (Wednesday), I have seen twitter petitions with thousand of signatures, polls, threats of quitting the social network, and (within the confines of 140 characters) well argued calls for reverting the change. Twitter is "reminding us that our public spaces are privately owned", it "infantilizes communication", it "sacrifices existing users to get new users into the platform", it removes my ability to express appreciation without implying emotional alignment. How could Twitter do such a stupid thing?